Invisibility in our Culture 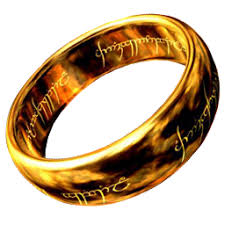 Last week I introduced ever so slightly what this new series will be all about and now we are going to begin actually talking about it. Yet before going into the deep of the science and before trying to understand how everything works, I believe it is important to understand why we wish to research such a technology, since when and who are the first people to imagine it? New technologies and innovation are (usually) not the product of luck, but instead they are usually born from the creative inspiration of an individual and because of its fantastic properties, people will try to create or recreate it.

Invisibility has been a concept that was introduce in the mind of all very early in human history. The first written reference to an object which grant invisibility comes from Plato. In his second Book of Republic he explains the moral dilemma of someone who would acquire the power to become invisible and he wondered if man could stay moral creatures if they were subject to such power and no consequences from their actions. Plato’s mean of invisibility in his question was a Ring that become known as a legendary artifact in Ancient Greece. It was named the Ring of Gyges, anyone who wore the ring could become invisible at will. It was found in a cave that appeared after an earthquake. In said cave a tomb in the shape of a bronze horse contained a larger than human man who wore said ring. This little story might not be interesting to everyone, but it has always fascinated me how creative ancient time myth and superstition could be. Nevertheless this marked the first written record of a device which grants invisibility, but it sure wasn’t the last. A status of Hades with his 3-headed dog Cerberus

Still in Ancient Greece the God of the underworld, Hades, had a helm and a cape which granted the wearer invisibility and from there and in the future, invisibility and ethereal creatures and witch became more and more common. Might it be invisible witch or demons and spirits invisible to anyone but the greatest of medium, the feudal age was filled with local myths and legend and invisibility became something quite common in the imagination of all.

Lord of the Ring: The Fellowship of the Ring(2001) Frodo put on the One Ring and becomes invisible

Now if we jump a couple of century later we can once again get some glimpse of work of fiction which involves invisibility, most of which are popular enough to still be well known in currents time. For example in 1937, J.R.R. Tolkien wrote the book the Hobbit which features a ring similar to the Ring of Gyges of Plato, although there is no evidence that Tolkien ever knew about the Ring of Gyges.

Up to here, invisibility as mostly been the result of magical items or magic itself. Even now popular novel like Harry Potter features a Cape of Invisibility which magically grants his wearer protection from indiscreet eye, but once again such mean of invisibility had no scientific or technical explanation or implication. What I believe to be more interesting is the first appearance of science-fiction which involved invisibility and the first of which was written in 1897  by H.G. Wells. Wells wrote a science fiction novel named The Invisible Man in which by the mean of science someone managed to create a pigmentation which diffracts light and therefore makes the wearer completely invisible, yet he was betrayed by his friend and proceeded to uses his new-found power of invisibility to murder everyone.

The Active Camouflage in Halo.

My First example comes from the Halo series, the game takes place far into the future and therefore it eases the possibilities to integrate many quite advanced technologies and science-fiction into the game. What is interesting to us in this game is the presence of an active camouflage system, which also happens to be describes in the book of the series. It has already been determined that the active camouflage system in Halo uses a variant of phased-array optics technologies (more will be explained on phased-array optics in a future post Sci-Fi of Today). From here things begin to be interesting for us, as science-fiction once again implies means to achieve such a technology.

The last example I want to look at comes from the video game Tom Clancy’s Ghost Recon: Future Soldier. This game is set with a different kind of science-fiction in mind. In reality, there is much more science than fiction in the technology which grants adaptive camouflage to the soldier of this game. While Halo used technology hundreds of year more advanced than what we currently have, Tom Clancy’s Ghost Recon: Future Soldier instead is set in modern days and the game involves technologies that are currently being develop by U.S military. Although the technology is still being researched and not in current use, we already have a good understanding of the science behind it and how it will work. This kind of technology involves light bending and we might very well see it in action in the next 10 years (more on that too in a future post of Sci-Fi Today).

From ancient Greece to modern day video games, humanity has always been fascinated by the promise of invisibility and now it has become a technology more than magic and that technology is within our grasp. As I already hinted at in this post, equipment which makes you invisible are already in development, it is only a question of time before they become perfected enough to be in used. A good part of this Sci-fi of Today series will try to explain how this technology works and where we are in term of development now, but we are not there just yet.

Next week we will talk about the second source of inspiration for invisibility cloaks; Nature! Stay tune for next week Part 3 of Sci-Fi of Today: Invisibility Cloak.