Last week we saw how humans imagined invisibility from ancient literature to modern entertainment, but humans have another important source of inspiration, even better than their own imagination and that is the whole world around them. Nature has many tricks up her sleeves and it seems that every single thing we dream we could have, nature made sure to equip some species, somewhere, with that power. 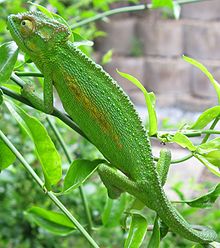 Usually when someone thinks about invisibility in an animal, the first thing that will pop through your head is the Chameleon. Everyone knows about this animal which changes his skin color to blend in with his environment, some people even have one at home. Although everyone will think of the chameleon, it is actually such a bad example of invisibility in nature. First of all, the Chameleon isn’t invisible by any means, he is simply harder to detect, he uses an active camouflage which can be effective only to reduce its visibility, it is such a poor example for what we are actually looking for. The technique the chameleon uses is called Active Camouflage, it is a method of invisibility where an animal will change color to mimic his surrounding. The Chameleon often change color for social reason, to communicate with other animal or other chameleon, he doesn’t uses his change of color only for camouflage.

Yet there are other animal that uses active camouflage in much better way that actually prove interesting for what we try to research here. The Cephalopod, octopus and the like, are known to be able to change their skin color extremely quickly allowing them to merge with the environment at the blink of an eye. This allows those Cephalopods to change their pigmentation rapidly enough to constantly match their background and they can therefore stay well hidden from any prey or predators. This is a great method of invisibility which make active camouflage an attractive possibility for the creation of an invisibility cloak.

Another technique called Counter Illumination exist that can prove as a great way for animals to become invisible. The way this work is easy, an animal will try to produce light at the same intensity as the light that surrounds him, this will make him appear to be invisible at anything which look at it from the right angle. This technique was used during World War II by Canadian aircraft to match the illumination of the setting sun, it was also used on ship to hide them from other craft, but the researches for counter-illumination were abandoned after the war and this technologies now proves little advantage over some better methods for invisibility.

Another weird method of invisibility that exist in the animal kingdom is transparency. It is by far the easiest way to become invisible if you think about it, if you are completely transparent to begin with, no need for petty tricks, you will be constantly invisible. The Amazonian frog called the Glass frog uses this technique.  The glass frog ventral area is completely transparent, from under its belly one can see its organs and it is where the frog’s name comes from. Predator that looks up to a glass frog would see through it and never notice the frog is there if they are far enough. This technique sounds really interesting, as we simply have to create equipment to allow which allows the light to go through it and it will become transparent and therefore invisible. We already have that technology and it is called a glass, we uses it constantly, but it is impossible to make a human to uses transparency as human are opaque by nature, therefore this technique is of no use for our invisibility cloak.

There exist a long list of camouflage methods in animals, but those were the best methods that were more than mere camouflage but that could actually make the animals disappear from view completely. Nearly all of those methods observed in nature have been reproduce in some human technologies, but the one method that really stand out from the other is definitively the active camouflage.  We already know that soldier uses vest that mimic their fighting environment to be harder to spot, but this is mere camouflage, if they could have an active camouflage which changed quickly enough while they walk, they could become completely invisible. 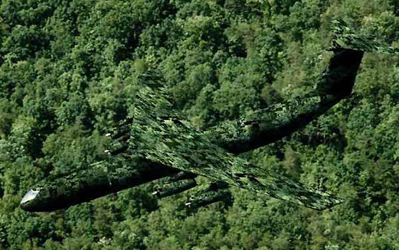 It was interesting to see the different ways that the animal could hide themselves, but next week we will enter the thick of the subject and see how we can hide ourselves. In the next part of Sci-fi of Today we will explore one of the possible way to create an invisibility cloak, the active camouflage method. Stay tuned !